MSAVi PRO provides live streaming services for high-level events. They’ve recently streamed a large concert in Las Vegas, Nevada for nearly 200K live viewers. The artist – the band Imagine Dragons, a world-famous American rock group. With such a prominent artist and such an important production at stake, the MSAVi PRO team knew that they had no room for error. The live stream had to be absolutely flawless.

The MSAVi PRO team chose to use Pearl-2 all-in-one encoders to stream and record the concert online. Epiphan’s Pearl-2 encoders have been their go-to hardware for quite some time. As Mike Salas, Managing Member at MSAVi PRO, LLC shared with Epiphan, he found Pearl devices to be highly reliable under heavy workloads in mission-critical situations.

There is no wiggle room for failure. Your devices haven’t failed us once.

The live video of the concert was considered a huge success by the client and fans alike. This was the first time this group has streamed one of their concerts live, giving unprecedented access to their avid fanbase. The concert went live on the band’s Facebook page, Youtube page, Periscope, as well as QQmusic, a Chinese music platform. Over 200,000 people have watched the live stream; about 160,000 of them were viewers from China.

The challenges of live streaming to China

The performing band has a huge fanbase in China. However, because of some government regulations, getting a live stream to China proved to be a considerable challenge. MSAVi PRO was able to resolve this by sending dual RTMP feeds to China through Akamai and Wowza streaming servers. MSAVi PRO had to work with the Chinese government to be given whitelisted access to send dual streams into the country (primary & backup) for redistribution via QQMusic channels.

MSAVi PRO is a company that values its reputation above all. With such massive projects on the line, it puts considerable time and effort into making sure the live stream never fails. To ensure maximum reliability, the company always uses a system of backup path redundancies, one at every potential failure point. This level of redundancy is able to differentiate the company from its competition, making it head and shoulders above the rest. 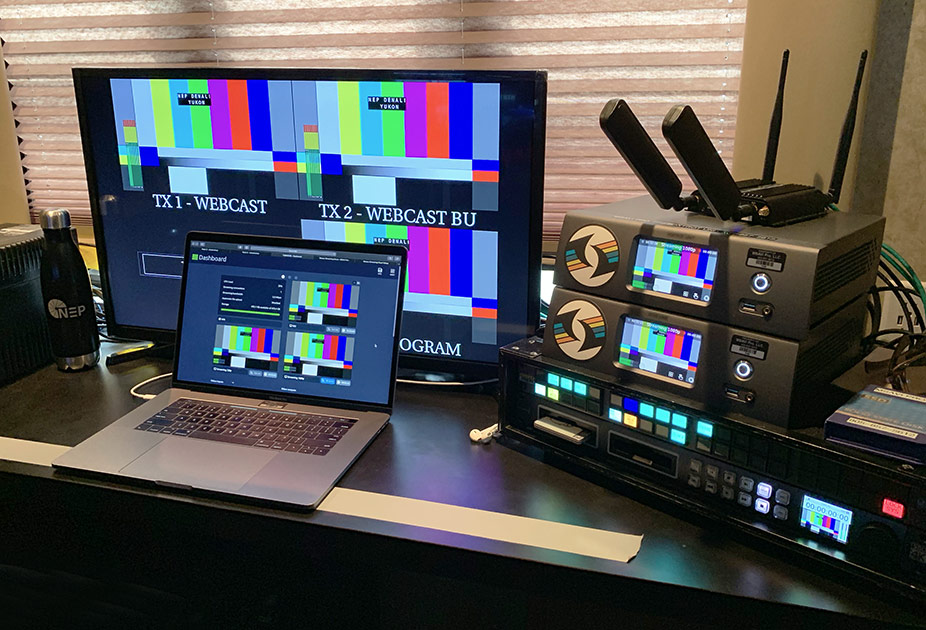 This concert stream was no exception: MSAVi PRO had backup paths on 4 levels: program feed, network connection, streaming server, and encoder levels. They ran two Pearl-2 systems simultaneously to stream and record the event. The two Pearl-2 units connected to two different network access points. The team used redundant wired networks with switch diversity, as well as a backup in-line cell-bonded modem, with automatic switching in the event of a network failure. Additionally, each Pearl-2 encoder unit had its own separate HD-SDI program feed with embedded audio going in, which guaranteed switcher redundancy in a similar way to the network failover system.

Each Pearl-2 encoder was sending dual RTMP streams (a primary and a backup) to Akamai and Wowza streaming server entry points. In case of a server failure, the system would automatically switch over to the backup stream. Essentially, the stream had triple redundancy at server-level. The team also needed to stream to Facebook, YouTube, and Periscope, so they set up an additional Wowza target to stream to these APIs.

In addition to streaming large, one-off live events like the Imagine Dragons concert, the MSAVi PRO team has regular customers to whom they provide frequent live video services. In fact, the relatively small team of professionals at MSAVi PRO is able to stream up to 20 events per month. One of their largest clients is Disney. MSAVi PRO handles the full live production of Disney’s corporate events. This includes shareholders and investor meetings, conferences, conventions, and more. The live audience for these corporate events can be quite large. For example, the latest Investors Day meeting gathered about 35,000 live views. MSAVi PRO strives to provide the same level of high reliability through multi-level redundancy for these events as they do for live concerts.

MSAVi PRO chooses to use Pearl-2 systems for these live events as well. In fact, the company has a fleet of twelve Pearl-2 hardware encoders, which means they can be fulfilling multiple different event streams simultaneously. Moreover, thanks to Pearl’s configuration presets feature, the company is able to preconfigure the units and ship them out to customers, without having to physically travel to the site.

Mike Salas is responsible for pre-configuring and shipping out the units. He carefully labels all the inputs on Pearl-2, so all the customer needs to do is connect their audio and video sources and Ethernet to begin streaming.

The live stream technician sends this image along with a pre-configured Pearl-2 device, making it very easy for the client to operate.

Before Pearl-2, the MSAVi PRO team tried using streaming software such as GoStream and Wirecast. However, in time they realized that for mission-critical production they couldn’t depend on software encoding and needed a more reliable solution. After doing some research, they found that Pearl-2 was pretty much exactly what he was looking for. Here are the main reasons MSAVi PRO choose to use Epiphan’s flagship encoder:

Using Pearl-2, MSAVi PRO is able to easily deliver high quality results to a vast audience. Not only is the technology behind Pearl-2 reliable, it is also easy to preconfigure and operate with a minimal learning curve.

Thank you MSAVi PRO and Mike Salas personally for sharing your experience with us! We are very happy that our devices satisfy your high criteria. We are excited to keep working with you in the future and helping you bring even more great live events to your customers!

Pearl-2 is the easiest way to do 4K live streaming, switching and recording. Manage your streaming, recording and live switching in one place with this all-in-one video encoder and live video production system.